D&D introduced character levels originally to distinguish heroes and legendary monsters from regular figures in Chainmail, who died after one hit.  (This is why your "hit points" increase as your level increases.) 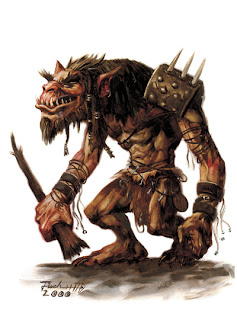 So levels still serve a purpose:  As PCs gain levels, they become tougher against the monsters that they were challenged by before.  DMs can highlight this feature of class-level games by threatening the PCs with an ogre at every level, until the campaign ends, at which point, they should be able to fend off a platoon of ogres.  Of course, not every encounter should be ogres.  But if they come up over and over as the PCs level, the ogre will get easier and easier, and they will feel like they're improving.

Is it bad not to offer this kind of continuity? Not really.

Having no continuity at all isn't bad; it just doesn't take advantage of the benefits of a level-based RPG.  If every encounter is a new monster, then the sense of progress the players will experience from their levels is diluted.  You'll get players feeling like you're moving the goalposts:  I have more hit points and I do more damage, but the Cornugon is just as hard now as the Gelugon was three levels ago.

What about a 20-level game?  Can the ogre be any kind of threat at all past level 8 or so?

No.  You have to stop using ogres eventually.  It sort of forces you to have the ogres no longer be a threat to the world after level 8 or 9 or so.  The PCs have to defeat the entire ogre threat by then, or else things will get boring fast.

This is a bad idea.

It's a bad idea because the sense of progress is gone.  Every ogre fight is just as hard as the last one.  That's even worse than no continuity at all!

So to take advantage of levels: