The Setting
This game is set in a very likely 2080 -- a world where regulatory capture and the tragedy of the commons have destroyed the environment and turned society into wage slavery.  It’s a world that could easily come to pass if we do nothing to stop it.  It’s a dystopian society where control by inhuman technologies is exercised with cameras, drones, web trackers, and social media.  It’s like modern day San Francisco, just barely turned to eleven, chromed, smudged with grime, and draped in neon lights. 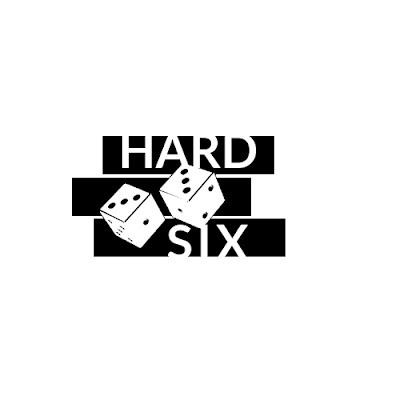 Protagonists: Hard Six
Hard Six came to work together due to geographical proximity.  Mr. Long's entertainment establishment and Wicked Cyril's black market cyberdoc shop are close to one another in Chinatown.  The Raptor's turf is in the Tenderloin DMZ just to the West of Chinatown.  And Glass wound up working a story down in Chinatown.

Glass is an underground gonzo reporter and hacker.  He has intense eyes in a friendly face.  He’s got a slim Latino body, and wears street clothes. He maintains a “pirate radio” channel on the Matrix, and has a constant struggle to keep his content accessible, over Echo’s attempts to censor and sideline it.  But information wants to be free.  Glass is motivated by genuine concerns for social justice.

What stands out about Glass is that his ethics are the most personal and genuine. He has a genuinely compassionate morality that would rather suffer or take a greater risk than hurt people for expediency, or even for the greater good.

What concerns others about Glass is how nervous he gets under pressure.  He isn’t a hard-boiled operative, a veteran of the shadows, or even a shell-shocked war correspondent.  He’s a voice of the people, a social justice crusader in a time of turmoil.  They know he’s the first to help the downtrodden, but worry he’ll be the first to crack under pressure.

Glass’ goal is to expose the things the corporations want hidden.

Wicked Cyril is a nihilist and transhumanist cyberdoc and tinker.  He’s obsessed with the next evolution of humanity, crafting immortality, and human ascension.  He used to work for Phelps-Decker, but quit when he saw awful experiments done on animals.  His weathered face frames very artificial looking cybereyes.  He wears scrounged clothes on his thin white body.

What stands out about Cyril is his candor. The others might tell a lot of lies, but Cyril usually takes the direct, blunt, and honest approach to problems. When he says he’ll look after you, though, you can trust that he will walk into gunfire to drag your unconscious body to safety for first aid.

Cyril’s baffling mix of pained empathy for animals and misanthropic nihilism toward humans shows there’s one person he’s always lying to, though: Himself.  He also has a strange obsession with personal cyberization.

Wicked Cyril’s goal is personal transhumanism, a sort of techno-apotheosis.

The Raptor, the Pusher

The Raptor is a flashy-looking First Nations gang leader with long, black hair and a striking face with intense eyes.  He’s aggressively opposed to corporate hegemony.  The gang, The Blood Eagles, are unique among Tenderloin gangs in that they are well equipped with aerial vehicles. So unlike the other gangs, they can get in and out of the DMZ without worrying about intrusive police checkpoint searches.  That means they do a lot of mercenary work.

What stands out about The Raptor is his drive. While the other runners resent corporate hegemony, The Raptor has built a small army to violently oppose it.  The others resist and hope for reform.  He wants a bloody revolution.

The Raptor shoots first and asks questions later.  He snaps to violence and retribution, rather than cunning or diplomacy.  It’s also unclear at times whether he is more loyal to his gang or his team.

The Raptor’s goal is nothing less than the total destruction of our corporate hegemony.

Mr. Long is a bland-looking Asian man with simple cybereyes. He dresses his thin body in an affected, formal manner to hide his identity.  He runs a bar called Mr. Long’s in Chinatown.  Upstairs from the bar is his cybernetic brothel.  Sex work is legal in the San Francisco Free Trade Zone -- both live and virtual -- and he runs an establishment for fairly high-end clientele.  It was established in a later mission that Mr. Long is much more soft-hearted with his employees than one would expect of a man who runs a brothel.

What stands out about Mr. Long is his subtlety. He’s good at working behind the scenes and getting others to do his bidding.

What worries the team about Mr. Long is that he cares more about himself than the team.  He sees the team as co-workers or even employees to help him reach his own goals, rather than brothers-in-arms.

Mr. Long’s connections are mostly through the Chinatown tong known as the Stockton Street Business Society.  Led by a ruthless, elderly man named Bai Wu, the tong is mostly managed by Wu’s daughter, Shao An.  She’s a tough-as-nails middle aged hard-drinking deal-broker.  When Long pays the establishment’s protection money, he pays it to Shao An, so the two have a long-standing professional relationship.

Another thing about Mr. Long:  He has a mysterious past even he can’t remember. Mr. Long’s goal is to get rich, live comfortably, build a network of powerful and useful connections, and solve the problem of his mysterious past.

The Corporations
In a way, the corporations in a game of The Sprawl are just as important as the protagonists.  They frame the conflicts of the game.  Their doings, misdeeds, and petty feuds sweep up the PCs and get swept up in the PCs’ agendas.  The missions the corporations hire the protagonists to do give the PCs a chance to advance their own agendas -- exposing their secrets, smashing their base of power, getting rich, and acquiring more cyberware from their stockrooms and labs. 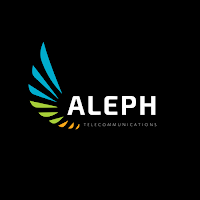 Aleph is the ultimate result of the merging of big media companies.  While their main headquarters is in Los Angeles, they maintain a second major presence in the SF Free Trade Zone.  They do most of their gig economy work here, where employment contract law is lax.  Aleph controls both news and entertainment, and they’ve stopped making the distinction.  Mainstream media is about the clicks, the shares, and the ad revenues.  You are the product.  As Aleph controls the news media, they’re locked in a war with Echo over control of public opinion.  Aleph writes and films the stories.  They get promoted through Aleph’s Echos.

Aleph Tower is not an arcology, but it’s still an imposing tower downtown, and it is surrounded by apartment and hotel towers entirely filled with Aleph employees and contract-bound “free” agent entertainers. 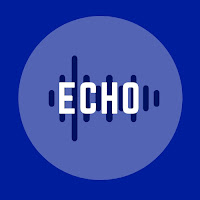 The social media of the future, Echo maintains the backbone of about a quarter of the Matrix.  Their pseudo-AI algorithms help them control society by filtering what they see, shifting moods subtly, or hiding information.  Pirate radio style independent producers still slip through the cracks, hacking the existing infrastructure to get their message to the people.  Mostly, the people don’t listen.  Echo pioneered the virtual internet.  Individuals have private Echo chambers for their friends-locked communication, but all the fun happens in a 3D virtual space you can go to with VR glasses or, if you’re wealthy enough, a full neural interface.  If you’re looking for a cultural touchstone for how the Echo system looks and feels, look at WeChat in China or watch the movie Summer Wars.  Everything from communication to shopping to government services to video games and gambling are on the Echo Matrix.

Unlike modern tech campuses like the Googleplex, the Echo Campus of 2080 is a large, vertical arcology.  The bottom is open to the public, and filled with shopping, dining, and entertainment -- all integrated with the Echo social media platform. 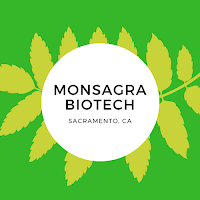 The vertical integration of agritech, agriculture, and consumer food processing allowed Monsagra to dominate farming by 2080.  As a near-monopoly, about 40% of everything Earth eats came from a Monsagra germline, was grown on a Monsagra farm, or was processed and packaged in a Monsagra factory.  In the developed West, it’s closer to 80%.  Monsagra is responsible for the rapid topsoil erosion, resistant crop blights, and monoculture of the last 50 years, and the damage their depredations leave is increasing at an exponential rate as they arrogantly race faster and faster to stay one step ahead of mother nature.

Monsagra has an arcology of sorts -- a walled company town for mid-level managers, scientists, and executives surrounding Folsom Lake in the middle of California’s central desert.  The company  is seeking to construct a true urban arcology in the San Francisco Free Trade Zone to show off its agricultural prowess in the new era. 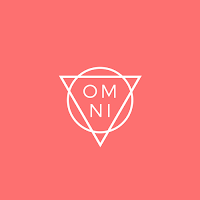 On the surface, Omni is a massive private equity firm, but its control over heavy industry and logistics has led to a radical transformation of blue collar work. It uses leveraged buyouts to acquire assets, strip them of value, and resell the pieces at a profit; though it keeps the parts it can transform.  Omni has managed to snap up most industrial production on the west coast, and in a stroke of evil genius, they invented the Skillwire.  A skillwire is a fairly expensive piece of neuralware you can get for free if you indenture yourself to Omni to pay it off.  The ‘ware lets you chip in a skill. After that, the chip takes over your muscle memory.  It has great advantages for Omni employees:  Chip in at 7, let your cerebellum go to sleep, and wake up at 5 - sore, but without any memory of your day of drudgery in the warehouse.  Only when human judgment is occasionally needed, and human dexterity is often needed are skillwire employees helpful, but that turns out to be more often than you’d think.  And skillwires are cheaper than robots.  Recently, Omni has also been using skillwires for increasingly complex service jobs, and the implications are grim.

Omni does not control an arcology.  The company is a powerful equity firm controlled by a global board and executive staff that controls several subsidiary businesses, each with their own offices, towers, etc.  Omni is considering constructing an arcology in the near future. 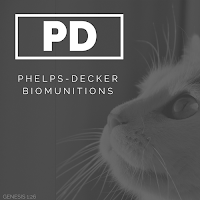 The only privately-owned firm in this story, Phelps-Decker is owned by the philanthropic, evangelical, reclusive Phelps and Decker families.  The company specializes in cybernetics, weapons, and drones for municipal, industrial, military, and security services.  In the last decade, they’ve advanced the idea of using cyberized animals as drones.  A team of runners on their bad side might find themselves stalked by a murder of crows with wireless cyberbrains, infrared cameras, and maybe even implanted explosives.  Phelps-Decker produces a lot of weapons, and many of the arms carried by security forces across the sprawl are P-D weapons, marked with biblical quotes.

The Phelps-Decker arcology is an imposing two-tower structure filling six city blocks near the docks.  The towers frame a walled center full of tiered factories and laboratories.  A glass-enclosed greenhouse provides much (but not all) of the food the residents of the arcology consume.  The structure belches smoke and releases polluted water into the bay 24/7, and gets away with it under the relaxed environmental laws of the Free Trade Zone.