Happy Anniversary, Game Runners!  This blog is now about a year old.  I started off slow, didn't do much self-promotion, and focused on honing my writing skills and generating content.  Content, content, content!  I'm still not the best writer, but I've learned a lot in just a year.

Today's post is going to be about a literary technique that works in gaming.  Not all literary techniques work in tabletop RPGs, of course; but theme and motif are powerful in any media, from music (see Vivaldi... or Green Day) to cinema, and everything in between.  I mentioned motif briefly in my example about GNS and wildfires.  I figured it was time to expand on the idea.

Motif, in storytelling, is a recurring symbol connected with a story element, theme, or mood that the artist wants to emphasize.  Common symbolism includes loud noise for confusion, darkness for evil, flames for purity, water for death, and other stuff you were probably taught in high school and then quickly forgot after the test.  They take motif very seriously in high school.  They take it seriously on tvtropes, too.  Go here to see a list of motifs and examples for inspiration.

Motifs are also used heavily in cinema to add memorable connections to characters and settings without adding extra dialog.  They can include the way the scene is shot, the brightness and color in the scene, the music, background noise, clothing, posture, or more symbolic literary motifs, like snakes, eyes, or water.  As a GM, you don’t get background noise and camera angles.  Like an author, you are mostly limited to symbols.

GMs can use motif in tabletop roleplaying games, as well.  The connection of a symbol and a story element emphasizes the element, fixing it in the players’ memories and calling it back up on association, causing them to be alert for your story element when the motif is present.  Can you see how that would be helpful?

Villains cry out for motif.  Unlike in novels or cinema, you don’t usually show the villain’s actions when they don’t interact with the PCs, so you can’t color in the villain’s character as well as an author or director.  You need to pack that villain with as much color as you can for the short time they appear in play.  Being the GM, you can cheat.  You can employ the motif even when the villain is not present.  Any time the PCs discover the villain's latest misdeed, employ the motif heavily.

I'm way too hooked on examples.  I need rehab.  But, for example, let's say that whenever the PCs come across the chess-master wizard’s latest crime, you employ the motif of silence.


The PCs will connect all of these acts to the evil wizard through their investigations, but the motif will be set up.  When they meet the wizard for the first time in the flesh -- and let's face it, in RPGs, the first face-to-face meeting with the villain is often the last -- the motif will remind them of it all more powerfully than their notes can.

Themes need motif, too.  Themes are abstract ideas that you want to have recur over and over in your story, to emphasize them – like the “moral of the story” in children’s books.  They might merit their own blog post.  Themes are important in epic stories of heroism as well as gritty, cynical stories for different reasons.  Heroic themes are simple, like “people are good at heart if you give them a chance” or “hope springs eternal.”  Darker stories need themes even more, because they help the players buy into the darkness in your tale.  Let’s say you select the themes of “what is right is not always what is just” or “all that evil needs is for good men to stand aside.” 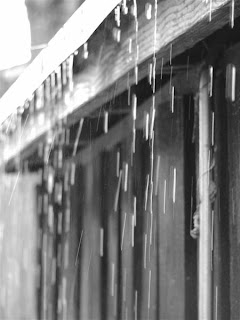 Another example.  Let's say you assign the motif of rain for the first dark, cynical theme.  Every time you’re about to drop a scene where the PCs will be forced to choose between being painfully unfair to someone who doesn’t deserve it, and doing the right thing, it starts raining.  Pretty soon, your players are going to start to feel a deep dread when you say, “The morning is grey, with a chill rain blowing in from the sea.”  The gloomy rain will cue them that they will be put in a dark ethical conundrum.  They will grow to dread the rain, feeling it at a far deeper level than just a bit of setting color.

Entire plots can have motif.  You should consider running at least two simultaneous plots (more on that next week).  Let those plots develop motif.  Some GM bloggers recommend splitting off loose ends like Slash on a humid day, which is great advice, but not all of those loose ends deserve the kind of emphasis a motif can add.  You don’t want to emphasize every plot (it stops being emphasis if you emphasize everything, duh!) – just the ones that will recur frequently throughout your campaign.

How to Use Motif

It’s a little challenging to remember to employ motif.  An easy way to do it is to make a list of major villains, major plots, and major themes.  Then connect each one with a motif.   (Example time again!)


Naturally, plan to add motif to any "greybox" you write, or any big reveals you plan.  If you don't write that sort of text, and prefer something like The Angry DM's bullet point method instead, add a bullet for motif at the top to remind yourself to use imagery and symbols.  When you're adding imagery, remember that motif is about efficiency, not an excuse to use unabashed purple prose, so don't go overboard with it!  (Personal note:  One group of my players like cheesy stuff like overblown greybox text, so I go nuts with it; the other doesn't - so to each his own.)  I'll give a full gameplay example at the end to show how to be judicious, but still get the idea across.

You can use your motifs every encounter, or at least most encounters.  Hopefully most encounters in your game will connect to a villain, plot, or theme, with the important exceptions of side plots and PCs going off on random tangents.  And here’s the big payoff for you as the GM…

Let’s say the PCs go off on a random tangent, but then you want to connect it to a villain, plot or theme.  In order to do that, you can start introducing symbolism, until the players catch on to the connection, and respond to the implied connection.  Because they’re reacting to the symbolism of the motif, their actions start to shape the world around them in preparation for your villain, plot or theme, making it easy for you to drop it in.

So here's a game-play example to demonstrate that… 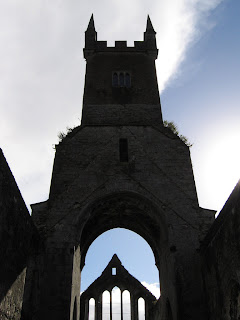 Francis:  You return to Radua through the Southern Gate. A sentry recognizes you and lets you pass, even though night is falling and they are preparing to lock up.

Alfred:  Hey, I wonder if the town guards know anything about who killed the Baron?  I stop and ask if he can answer a few questions for us.

Francis was not prepared for this.  He quickly thinks about his themes and motifs, and decides to use the theme of “All that Evil Needs is for Good Men to Stand Aside.”  This should redirect the players, and may even add to the story.

Francis:  The guard looks at your party again with suspicious eyes.  “I’m sorry good sirs, but I must get home to bed.  I work the fields by day and the militia at night to help my poor family get by in these trying times, and I need what little rest I can get.”

Alfred:  I offer him ten gold pieces if he’ll talk.  That’s like a month’s pay.

Francis:  “Sir, your generosity warms my heart.  What do you wish to know?”

Alfred:  “Listen, on the day of the Baron’s murder, did anyone leave in a hurry?  Act suspicious?  Do the guards tell stories about that day?”

Francis:  “Oh, sir.  I… hadn’t realized…  Please, take back your coins.  I can’t talk about the Baron’s murder.  The new Regent told us to be silent…”

Francis realizes he’s mixing in a second motif (Silence), but that’s OK.  By employing his theme, he’s realized how to connect this scene to one of his villains.  He makes sure to sit still and not rustle any papers or make any unnecessary sounds as he continues...

Francis:  He continues in a whisper,  “We have to stay quiet about… [pause]… He won’t have it, and I’m afraid of what would happen to my family, if…”

Francis:  He grows quiet, and a long moment passes in silence as he struggles to bring himself to do the right thing.  Ultimately fear prevails, and he whispers, “…no, that’s all I can say.  Good night to you, Sir.”

Denise:  Hardly surprising.  Everyone's scared to stand up to the bad guys in this campaign.

Barry:  And that new Regent?  That’s news to me!  He has this town in an iron fist, and we’ve only been away for one month!  No doubt that wizard is behind this.

Email ThisBlogThis!Share to TwitterShare to FacebookShare to Pinterest
Labels: Color, How To, Motif, Style, Techniques