As you can see, I'm late posting this week.  A hurricane threw me off schedule, but it gave me an idea for a post.  Or rather, a comment on a post from last week.

Last week, I posted an example of a situation in an RPG, and different approaches GMs could take toward it based on the idea of Creative Agenda from GNS theory.  This week, I had a lot of time to think about the question of man vs. nature conflicts -- house fires, hurricanes, surviving in the desert, etc.

Here's my advice on building such a scene for an RPG.  I'll tie it to the GNS post with an example.  Note that a "man vs. man" combat scene uses the same kind of creative process.  The difference is that the rules for noncombat challenges in most RPGs are a lot more mutable, so you usually don't have to (get to?) choose a system for those scenes.  There are still system decisions (stats for the enemies, terrain and situation modifiers, etc.) but they're a lot more prescribed for combat encounters than noncombat encounters.


The most important thing with any challenge scene is to determine why you're using it so you can focus on the purpose of the scene, rather than getting tied up in details.  This determines your scene's design objective.  Is it supposed to be a thrilling climax to a story, foreshadowing, a consequence for a decision the players made earlier, setting color, or a Sophie's choice scenario?  There are lots of possibilities.  In the running example, the design objective is to use a forest fire scene in a fantasy game as a motif to presage a peasant revolt -- a chaotic, out-of-control event in the story. 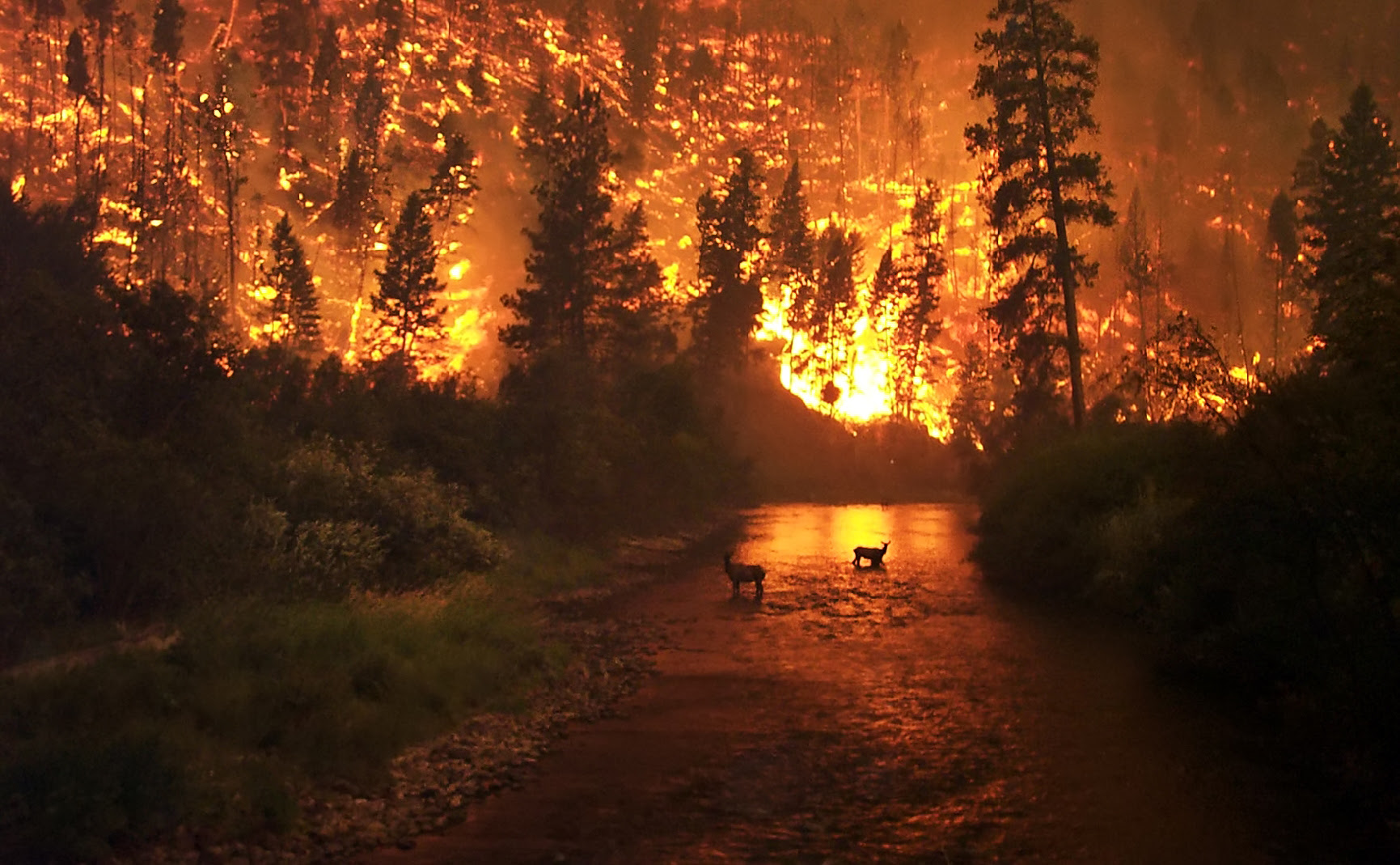 What outcomes can result?


Next, determine the matrix of outcomes.  This is based on the design objective.  My forest fire is serving as an omen and foreshadowing motif, so the protagonists need to survive it in order to later encounter the metaphorical conflagration they will encounter later.  So my outcomes will be simple:  No matter what, the protagonists will not come through unscathed.  Either they will spend resources or take damage.  But also, no matter what, they will survive it.  Let's consider damage and spells in D&D to be "resources" either way.  The possible outcomes, therefore, are:

What system do you want to use to create those outcomes?


Third, determine what systems you are going to use to generate the matrix of outcomes.  There are three guidelines you need to consider here:


So you might say, "My players and I like challenges that are more simulation than game, so I will use the Forest Fire mechanics from the Wilderness chapter of the 3.5 DMG.  Since this is a CR 6 challenge, my players' 6th level characters should almost certainly survive it."  Here, the GM has a kit full of rules on smoke inhalation, the rate in feet per round that the fire advances, heat damage rules, et cetera.  The players are presented with a threat, and rules for how that threat will kill them, and then they have to use their abilities (magic, mostly) to survive it.

Alternately, you might choose to use a different system and approach.  "My players' characters are high level, and prefer narrative resolution, so I'll spring a forest fire on them, and have them go around the table making DC 20 Survival checks, since that skill is for keeping yourself and others safe in the wild.  The ones that fail lose half their current hit points (so they can keep losing hp and never die) and have to describe a scene where their character needs help.  The ones that succeed get to describe a scene where they help the other ones."  In this example, the players' survival is a given, but the GM uses a system to determine how well individual characters do based on their skill at wilderness survival, so that skilled characters get to shine as heroes and unskilled characters get spotlight moments as they fall victim to the fire.


For a gamist perspective, the GM might try a different approach.  "They have fifth level characters.  To survive the fire, the players have to survive three challenges.  First, they have to see it coming during daytime.  Each one makes a Spot check, DC 20.  For each success on that check, they get one point.  Second, they have to outrun the fire to find shelter or clear space.  They make Survival checks to navigate the wilderness.  But they can also cast spells.  An appropriate spell (travel, healing, clairvoyance, fire resistance, fire suppression) contributes 1 point per spell level.  They can use as many as they want.  Third, they have to weather the fire in their shelter or clearing.  There is no skill check here.  They can spend appropriate spells to help, though.  They take 200 damage minus 10 per point they scored earlier, divided between them however they want."  This approach creates a game where players make decisions (spend a limited resource or not) based on limited information (they don't know what happens if they don't; but they also don't know if they'll need those spells later).  The challenge is estimating that getting burned is more costly than using spells to prevent getting burned, but there's only so much you can do before you're wasting energy.


Notice how holding the outcomes constant (the protagonists almost certainly survive), the style of the scene influences the design of the scene.  And also notice how no single strategy focuses solely on one creative agenda.  Each has aspects of the others, and even in the highly-simulation-focused 3.5 edition D&D system I'm using as an example, players and GMs have some freedom to emphasize different agendas based on their preferences.

How will this scene link to other scenes?

Consider how your scene is supposed to impact other scenes.  Transition smoothly from the previous scene. Hook directly into the next scene, or drop connections to future scenes in.  Make your tension levels build at the pace you want from scene to scene.

Just like nobody has complete preference for one agenda, no game will use just one creative agenda.  As a GM, you will necessarily support a mix of creative agendas.  So if my peasant revolt (later scene) was going to be handled narratively, I could still use a simulationist or gamist approach to the forest fire.  Moreover, because omens presage events that have far greater consequences, my design objective for the peasant revolt has to be different from my design objective for the forest fire.   Perhaps the peasants are executing nobles, and the players have to make a "Sophie's choice" in that scene - save an innocent noble but get chased out of town by the peasants, or let an innocent noble die to keep the trust of the peasants.

And of course, I can't use the same exact system as the forest fire, no matter what creative agenda I choose.  As a GM, I may not even use a system for that kind of scene, since it would be boring if the players successfully saved the noble while somehow avoiding the consequence of doing so (kills the tension) or tried, but failed to save the noble (pointless and disappointing).
Posted by Run a Game at 11:17 AM