Metagaming is the use of out of game information to influence in game decisions.  See http://en.wikipedia.org/wiki/Metagaming

I love it.  I strongly encourage my players to do it.


OK, there are examples of bad metagaming.  For example, in some editions of D&D, a Gray Ooze would split into multiple oozes if hit with certain types of weapons.  Experienced D&D players probably know this and they can cheat by choosing to attack it with weapons that do not cause it to split.  That's bad metagaming.  It's basically cheating.

Good metagaming is much more common, though; and it adds a lot more to your story than bad metagaming could ever take away.  As a GM, you can encourage good metagaming by giving more information, not less.  The examples below demonstrate how good, open communication helps everyone.

I've talked about the pitch for your game.  At the start of your campaign, the players need to know stuff that their characters do not know in order to make characters to fit into your story.  You should reveal information in your pitch that is "secret" to the characters so that the players can make characters that will be fun to play in your sort of game.  If they don't know where the game is going, they're going to make just any old character.  Maybe they'll fit well.  Maybe they won't. 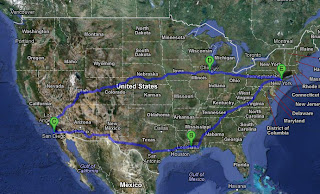 Ultimately, you're driving the car.  If you want them to be active participants on the road trip of your campaign, you need to share what route you plan to take them on, so that they can open the map and look for fun places to stop along the way.  If you keep your route secret, they might think up really fun things to do in Memphis, Baton Rouge, and Santa Fe; but when you drive through Chicago instead, they've wasted their effort.  You'll find yourself wondering why they're sitting there expecting you to do all the work.

You want your players to make their characters behave in accordance with the genre of your game.  In a horror story, if detectives are investigating a string of murders where the killer drains all the blood from the body, they're not going to start sharpening wooden stakes - they're going to call on a forensic psychologist (who, in accordance to genre, will probably get killed later!).  You want your players to play along with the genre, not fight it.

To do this, they have to know what the specific genre is, though (see my pitch post).  In pulp horror, the detectives would open up their secret vampire hunting closet and strap on their stake belt, fill up their portable flame throwers, sharpen their katanas, and charge the UV light grenades.  In survival horror, they'll act naive until the horror reveals itself, then they'll fight like the dickens to survive, probably dying anyway or at least watching all the important NPCs get killed.  In gothic horror, they'll get an uneasy feeling and investigate further, expecting the tension to rise slowly, building toward a sad and tragic ending where they will vanquish the vampires, but at great cost that was heavily foreshadowed for several sessions... yet nobody will believe them about the vampires, and they'll be put on desk duty and treated like they were insane.  In existential horror, they'll probably vanquish the vampires, only to learn about the secret underground society of vampires that has fed off human blood since before recorded history; posing as gods and monsters in turn; and inspiring mankind's greatest and most terrifying legends.  They will learn that the vampires they killed are just the deviant rebels from a massive society of cunning, hidden bloodsuckers that have cultivated humanity like a rancher keeps his herd.

The players are not your pawns, Mr. GM.  They are active participants in writing this story.  You can't and shouldn't want to lead them around by the nose, not knowing where they're going until they get there.