This was a lot harder to write than I thought…  The pitch is a discrete GM skill, but there are a lot of angles to write about it from.  And it’s a great topic for examples, so I found myself writing way too many.  Writing to a blog format is a specific skill, as it turns out, and I need to learn it! 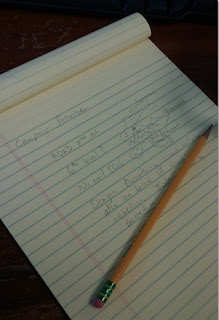 Every RPG needs a pitch.  This is because it’s a story told together by a group of players and a GM, but the GM is the one who controls the supporting characters, adjudicates how the world works, and designs the scenarios and conflicts for the protagonists; so the players all need to start in the same place, from a similar set of expectations.  Otherwise, they’ll have disparate expectations; some closer to the GM’s intent than others.  Either the GM will maintain his intention and some or all the players will have their expectations trounced, or the story will jag off in unexpected directions, and nobody will have their expectations met.

The better the pitch, the more it resembles what the actual game is going to be like.  The GM needs to have a good idea what he intends to run.  He has to have a reasonable understanding of how he actually runs games vs. how he intends to run them (a goofy guy can try to run a grim horror game, but let’s face it - it’s going to get a little goofy).  The GM doesn't have to know his players, but it helps to anticipate how they take in information and how they will design characters for a particular pitch.  Finally, the GM needs to be able to communicate his intentions well.  Luckily for people who don’t have time or skill to communicate it in writing, most pitches happen in person.  Well, maybe not anymore in the age of email and wikis...  but I don’t exactly have the data on that…  I digress.  The idea is, if, partway through the campaign, if someone asks one of your players what your game is about, the player’s answer should be the same as your pitch.

(Again, I wanted to give a dozen examples!)

Your player’s answer will have nothing to do with point buys or restricted Flaws or any of the logistics.  It’s not going to go into too much detail about the setting, either.  It’s going to describe the genre and mood of the game, then the main action of the central conflict of the plot, then segue into the current chapter of the story.

(More temptation to give examples.  GMs love coming up with scenarios and campaigns, so this is torture to write!)

They say “show don’t tell” when writing good fiction, so you should refrain from just saying what genre, subgenre, and mood your game is, and then explaining the central conflict and the primary action of that conflict.  Try to evoke it in prose, if you can - if you’re one of those email/wiki GMs who writes his pitch out.

Genre and mood are easy to convey in prose.  Even novice writers (gamers) can use clichés, and when trying to evoke genre and mood, genre clichés are the most efficient way to do it.  Furthermore, in the “show don’t tell” department, you can refer to, quote or blatantly rip off existing fiction.  If your game is an allegory-packed, optimistic, far-future, space exploration adventure with a benevolent republic and an overriding theme of “the wisdom of enlightened rationality” you should probably just reference Star Trek.  See how two words said all that better than all my lit crit mumbo jumbo?

Oh, and remember, your genre is not “fantasy.”  Technically that is a genre; but Neverwhere, The Wheel of Time, Charlotte’s Web, Discworld, and Conan the Barbarian are all “fantasy.”

The central conflict of your plot is sort of like, if you condensed the whole thing down to one quest, what would the quest be?  Generally, in English class, we used a lot of phrases with “vs.” in the middle - Man vs. Man, Man vs. Nature, etc. – so let’s focus on the “vs.”  The protagonists are opposing or opposed by a person, creature, group, force of nature, or deity.  Now make that more specific.  And keep in mind that the central conflict needs to define both sides of the “vs.” – not just the antagonists’ side!

The main action of the central conflict is generally “how is this conflict going to be resolved?” By “how” I mean, “in what manner?”  Will the conflict be resolved by intrigue?  Questing?  War?  Magic?  It also lets you go back to mood and even start talking about themes (optional, of course; themes themselves are optional in RPGs as far as I can tell, at least from the GM’s side of the screen).  Will the conflict be resolved in a funny way?  Will the road to victory end up looking like a river of innocent blood?  Will there be great personal sacrifice?  Will it be full of glory and valor?

Finally, I can use an example!

"Laying your last three coppers on the bar, you glare at the tavern keeper.  'If this don't cover it, you can go fuck yourself."  The barkeep flinches in the smoky gloom of the Dockside Dive and puts his hands up, his eyes going to your grimy axe.  "Hey, pal, that's fine.  Listen, you're fine and all, but uh, if you got money troubles, the Sea Hag is looking for crew.  She's a leaky tub, and her captain's a shady cheat, but I get the idea you'd make a good pirate..."  He doesn't have to add "...and it would get you out of my bar for a while" but you get the drift, so to speak"  This game is a story of shady characters who sign on to a pirate ship and get caught up in the highly profitable intrigues and politics of two decadent nations on the brink of war.  Will you take a side?  Play each off the other?  How many undeserved lands, titles, gems and jewels can you amass before peace is finally achieved?  Evil characters are allowed.

Man, this is about to get a lot more like English class, because I’m about to diagram something…

There you have it, even a theme got stuck in there!

The genre of the game:

A mix of sword-and-sorcery fantasy (coppers, axe, “evil characters”) and Age of Sail, Pirates of the Caribbean sorts of tropes.

The mood of the game:

Very lighthearted.  The pitch doesn’t go into the gritty reality of pirate life, war profiteering, war, or intrigue; and uses silly turns of phrase like urging the players to seek “undeserved” rewards and generally be naughty people.

We have the central conflict:

Pirates vs. corrupt nations on the brink of war.  Presumably the corrupt nations will be instantiated in decadent, self-serving diplomats and nobles with a splash of unqualified admirals promoted by nepotism or whatnot.

The main action of that conflict:

Privateering, playing the sides against each other, acting as a catspaw or even double agent, etc.  Definitely lots of pirate action, though.  It’s clear that the GM will let the players’ characters’ actions drive the direction of the action, so if they want to sign on with one side as privateers or play profiteering double agents, they have some agency.